Neostarpack Co., Ltd. is an industrial labeling, filling and capping machine manufacturer from Taiwan. In bottling packaging machinery industry, Neostarpack has been offering effective and flexible total packaging solutions to customers since 1998.

As an automatic filling packaging line supplier, besides packaging labeling and capping equipment, filling and closing machine can be tailored to the specific needs of the customers and their industries.

With both advanced technology and 20 years of experience, Neostarpack makes sure to meet each customer's demands.

Neostarpack believes in building up a process that offers excellent and valuable bottling solutions for the mutual benefits of the parties involved. The process is consisted of marketing, sales, machinery design, power distribution, teamwork, testings, shipments, and after-sales services. Based on such philosophy, we continuously improve the design of our solutions to be customer-oriented, flexible, versatile, and adaptable. 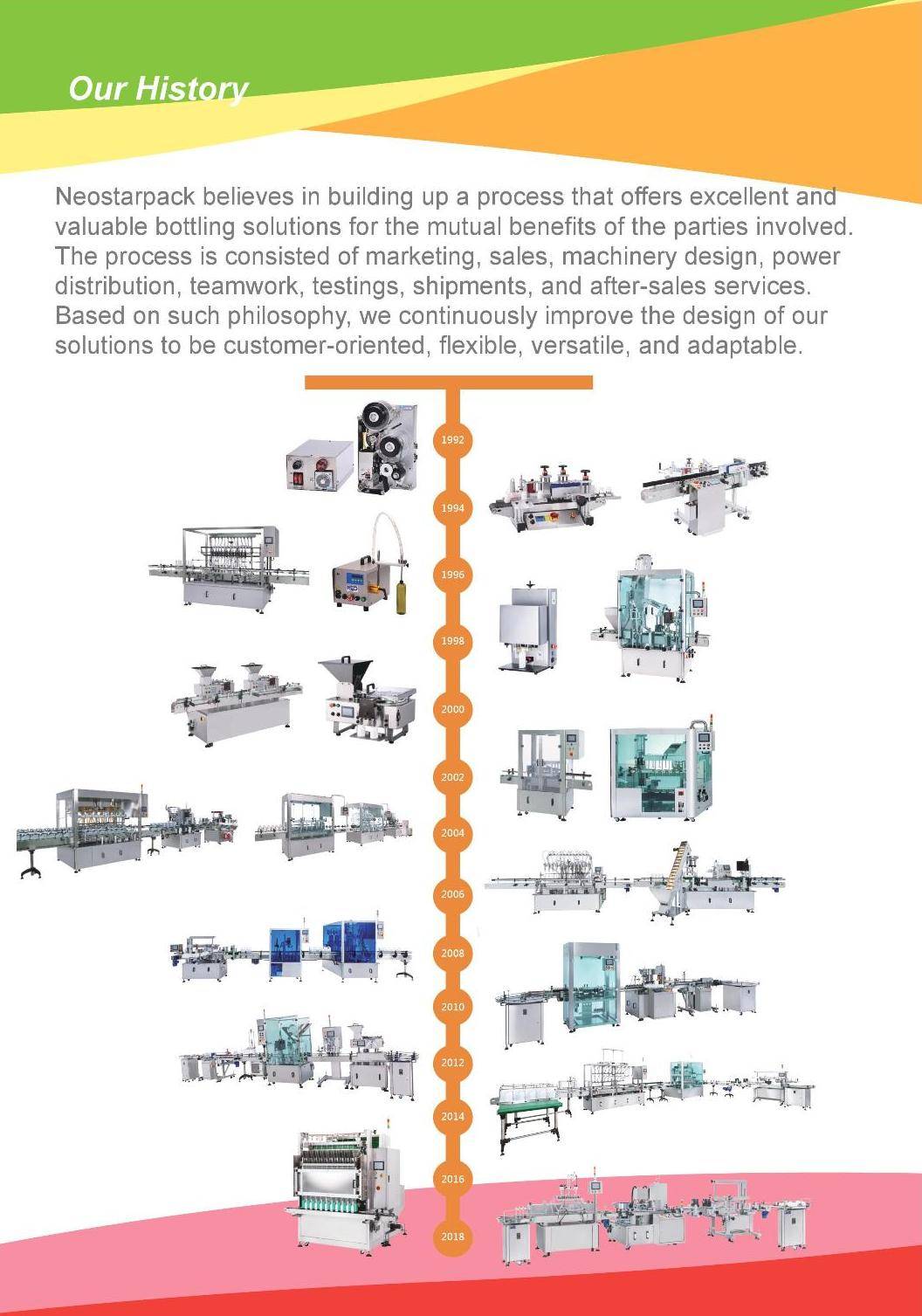